I’ve finished typing the last pages of The Book and have finally – with a mixture of relief and trepidation – sent it off to my advisor for editing and feedback.

It’s a great feeling to have it gone because, to be honest, The Book is now etched into my eyeballs, all 60,000 or so words of it. I’ve read and reread the bloody thing so many times that I can barely stand to look at it any longer.

Good grief, did I actually say that?  I sure did, and I meant every word of it.  I’m pretty sure, though, that once I’ve taken a break and established some distance, the excitement will come roaring back.

After all, this memoir has rumbled and fizzed inside me for almost exactly a quarter of a century, and getting it out there on my computer screen has finally happened because it grabbed me all those years ago and wouldn’t let go.

If I’m typical of memoir writers—and I suspect I am—writing these intimate stories of parts of our lives takes us down into the earthy realms of gut memory and feeling, where the shadow elements of our personalities like to hang out.  And at first glance, they’re not necessarily anyone you’d want to bring home to meet the folks.

I suppose all writers (except possibly those who cheerfully churn out books without wasting much mental energy on such things as grammar, character development, spelling, and the like) inhabit those darker territories of mind and heart.

Myself, I’ve sweat blood over the writing of The Book, bared my inner life to a point that feels akin to standing on a busy street corner in a trench coat flashing passing cars.  It’s a memoir, after all, so that’s par for the course; but being the normally private person I am, I’ve thought approximately a zillion times that I should just recast The Book in the third person and call it fiction.

In fact, I tried that at one point.  The Book wouldn’t let me.

Probably anyone who writes has experienced that phenomenon:  you write and write, blithely imagining that you’re controlling what goes onto the paper or the monitor, when suddenly, to your great surprise, a piece you’re working on begins to assume a life of its own.  It won’t go where you want it to go.  It deviates, over and over.

Being abnormally patient, somewhat pig-headed – and yes, I freely admit it, controlling, – I wouldn’t have believed such a thing was possible…until it happened to me.

True to form, I fought this tendency.  I deleted the piece and began again.  Same outcome.  Then again.  And even yet again.  Now I may not be the brightest bulb in the box, but I’m not stupid.  Eventually I acknowledged defeat, gave up, and let the writing have its way with me.  That was when I learned not to bother trying to fight the impulse; amazing things can happen when you’re in the zone and you allow your muse the freedom to come out and play.

Another odd thing has happened in the course of writing The Book:  I’ve managed to become so melded with the story that I’m finding it nearly impossible to stand back and look at it objectively.  I’ve been writing and editing my own work for many years, so I’m accustomed to setting aside my Writer cap and donning my Editor hat to look at my work from that point of view.  There’s never been a problem.

Until now.  This time, I’m too close, much too close.

Thank goodness there’s another pair of eyes out there to take on the editing task at this point.

Another thing.  Now that I can see the light of day at the end of the writing tunnel, yet another side effect of writing The Book has hoved into view.  For months now, my only goal has been to write as honestly as I can—memoir being about a person’s truths, after all—and I’ve not faltered.  I love being an armchair psychologist, trying to tease out the meaning of my life experiences and my responses to its challenges.  So in that sense I’ve had no confidence issues, no worries. Writing, writing…and more writing.  What’s to worry about, right? 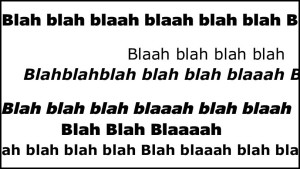 Well, holy surprise, Batman.  With the writing part moving into the editing and fine-tuning process, now I’m suddenly beset with fears and worries:  What if it’s boring?  Maybe it’s too wordy, or too maudlin.  What if it’s too long-winded? Weird? Intense?  Nerdy?

I’m torn between wanting my advisor to be absolutely frank – brutal even – about its failings, and the relative comfort of knowing that she will, as always, make her points in the kindest possible way.  This woman is wise as well as good at her job.

But still….What if it’s just plain AWFUL and she will finally have to burst my bright little writer’s bubble?

Wow. Oh my, I’m being attacked by that old writers’ nemesis:  self-doubt.  Any self-confidence I might once have had appears to be slithering straight down the drain like shampoo in the rinse water.  I’m just slower than most to realize it.  (I said I was smart, not swift, okay?)

Normally that kind of hand-wringing doesn’t happen now that I’m older and presumably a bit wiser, because I’m usually not much bothered these days by the question of what other folks will think.

However, book marketing is all about what other folks will think of my work.

There’s a long row to hoe between writing something and getting people to read it.  With the advent of self-publishing, the business of publishing and marketing books, never an easy one to break into, is morphing into an entirely different animal, and the competition for readers’ valuable reading time is stunningly, frighteningly fierce.

And I’m having serious second thoughts about joining that melee.  It’s true that writing is an important part of my life, but perhaps publishing—and marketing—aren’t my be-all, end-all, after all.

The thing is, I have many interests, not least of which is being with my Dearly Beloved, who has waited patiently for me to come out of the basement where I’ve lived like a mole for months now, hunched over my computer keyboard, working on The Book.

I also enjoy a number of other hobbies and creative interests that have been quietly mouldering away in the back of my studio as I indulge this obsession.

It may well be that The Book will go back to being simply a story I’ll offer to family and long-time friends, a kind of personal history for those who’ve loved me, to say “This is me, your mother, your grandmother, your friend.”

Or I’ll decide to enter the fray and see what happens.

Either way, I’ve fulfilled a task that’s haunted me for a quarter-century.  And my kids will finally have the story of their mother’s journey through her mother’s mental health issues and, in turn, her own.

Time, as always, will tell….