Not so long ago, I realized that I had managed once again to create such a sea of expectations, commitments, must-dos and should-dos that I could barely keep my head above water.  My bloated appointment schedule proved it.

This kind of log-jam happens occasionally in spite of my best intentions, primarily because I tend to overestimate my energy levels, over-commit to big projects, and overextend in general, until sooner or later I have to pull back into my little shell for as long as it takes me to refresh, rethink, and re-prioritize.

I’m neither shy nor anti-social, but I am deeply introverted, and that personality trait, according to Swiss psychotherapist Dr. Carl Jung, influences how we relate to the world:  we take it inward and think it through.

We Homo sapiens are many and varied combinations of introversion and extroversion, but according to Jung, we inherently tend to prefer one mode over the other.

I’ve known since I was a child that I needed to be alone sometimes, and I had to let information, ideas, choices – any new input – sink down inside me and ferment for a bit before I could respond.

This process can be instantaneous, or it can take hours or days, but it’s as though my brain isn’t ready to respond until the issue has first simmered around in there for as long as it needs to before bubbling back up.

Extroverts, on the other hand, are energized by their direct interactions with the world, gaining reinforcement and energy from being with others.

But we introverts are no slouches in the social department; when necessary, we can be outgoing too, even charming in our own quiet way.  However, unlike our extroverted counterparts, we tend to tire far more quickly in groups of people.  We replenish our inner energy through calm and solitude.

I happen to be fairly close to the far end of the spectrum, an extreme introvert, one of those rare birds who make up only a small percentage of the population.  We require a substantial amount of peace and solitude in our lives.  In fact, you could even say that solitude is the breath of life for us.

Which is why I finally decided to claim the remaining few weeks of summer and create some much-needed time for myself.

First, I needed to clear the clutter from my appointment book and give myself some breathing room.  After considerable thought, I realigned my goals and priorities and rearranged my schedule to reflect the changes I wanted to make.

Then I sat back and enjoyed the freedom I felt, the sense of weightlessness that remained as the burden of old choices and worn-out decisions lifted from my shoulders.

“Withdrawal,” the insightful essay from writer and poet David Whyte that I’ve copied below, offers all of us – irrespective of degrees of outgoingness – meaning and dignity in the very human urge we can all feel at one time or another in our lives:  the need to pull back and regroup.

WITHDRAWAL can be a very positive way of stepping forward and, done well, a beautiful freeing act of mercy – and, as a human behavioral art form, underestimated in this time of action and engagement.

So much of what we are involved with, in even the highest cause, becomes involvement at the busy periphery, where the central conversation has been lost to the outer edges of what was, to begin with, a very simple central invitation.

Withdrawal is often not what it looks like:  a disappearance. No, to withdraw from entanglement can be to appear again in the world in a very real way and begin the process of renewing the primary, essential invitation again.

Though life does seem determined to be a beautiful, entrancing distraction (just as we ourselves are a distraction to others, testing them as we test ourselves and our mutual sincerity), our participation in this dance of distraction also makes more real, and more necessary, our ability to return to essential ground, to an essential person or an essential work. 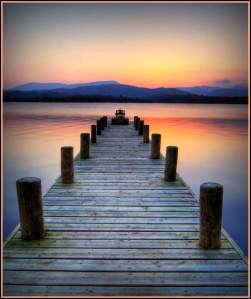 We stick to the wrong thing quite often, not because it will come to fruition by further effort, but because we cannot let go of the way we have decided to tell the story. We become even further enmeshed by trying to make sense of what entraps us, when what is needed is a simple, clean breaking-away.

To remove ourselves entirely and absolutely, abruptly and at times uncompromisingly, is often the real and radically courageous break for freedom.

Unsticking ourselves from the mythical Tar Baby, seemingly set up, just for us, right in the middle of our path, we start the process of losing our sense of falsity, of ridding ourselves of illusions, of letting go of our self-manufactured enemies (and even our false friends), and most especially the false sense of self we have manufactured to live with them.

My own latest period of withdrawal and renewal has already reaped a couple of unexpected – and entirely welcome – benefits:

First of all, a writing program I had bought a year ago and was hesitant to try to learn because it looked far too complicated, suddenly seemed not so huge a challenge after all – and it turned out it wasn’t!

Then my unfinished manuscript – which had been hovering inside my head for months because the ending wasn’t right, and the chore of trying to make it come together loomed ever larger the longer I postponed the work – suddenly came together, not as a chore but as an inspiration.

Now a completely different ending gushed through my fingers onto the computer screen (and into my brand new writing program), a rush of awareness that had eluded me until I finally had the time and the psychological space to clear my mind and dive into the work again.

The new ending drew the book together in a totally unforeseen way that just about wrote itself, to my great joy and satisfaction.  It was as though I had been stuck working a jigsaw puzzle and then suddenly saw how it was supposed to go together. 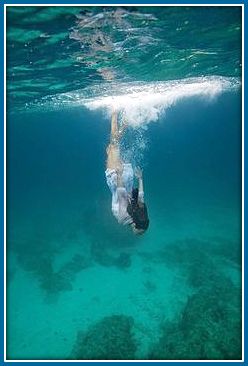 “Every day she plunged
into the novel she was writing.
And emerged hours later,
dripping with words.”
[Ellie Philpott]***

“Dripping with words” was precisely how I felt after completing the last few pages of my manuscript and came up for air.  Now the task of editing, rewriting and re-editing begins, then another learning curve when I’m ready to publish, and following that, a run at the many challenges of marketing.  The list goes on.  However, I’m gaining energy every day to meet the unknown challenges that lie ahead.

This retreat, this deep plunge into fertile memory and the gifts of the unconscious mind – this is what is providing the ballast for a book that’s been many years in the making. And this time around, with luck, I’ll find a way to balance the distractions and social necessities of the outside world with my need to withdraw in order to create.

I’ve learned some important lessons too, this time around.  One of them is that a little time, a little flexibility, and a willingness to explore all the options are tools equally as necessary for this writer’s toolbox as they are for living out there in the madding crowd.

***  Thanks to Ellie Philpott, communications specialist and writer, for that marvellous quote.