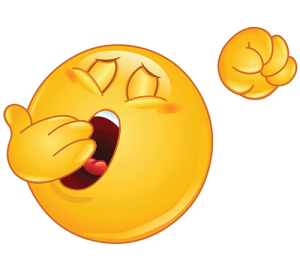 Oh, groan. I got absolutely no sleep last night. I’m going to be a zombie by noon. I was bug-eyed wide awake until 4:30 a.m., when I felt a moment’s slight fatigue and hurried to bed in the hope of dozing off.

But no. An hour later I gave up and got up.  Why kick a dead horse?

And this is no isolated incident. The nights of eight hours’ shut-eye that I distinctly remember getting fairly frequently when I was younger are not just fewer and farther between, they’re completely gone, as though they never happened. If I manage four hours’ sleep in one short row, end to end, I consider myself lucky.

At bedtime I pull the covers over me, turn off the light, and try to pretend not to know that this night, like so many others, I’ll likely lie there once again playing the old routine in my head: telling myself that I’m relaxed, breathing in soft muscles and body relaxation, breathing out tension (what tension?), imagining sinking into a warm, quiet beach on a  sunny day–all the little tricks, in fact, that I’ve learned over a lifetime of reading about how to deal with insomnia.

And this night, like so many others, I will probably eventually give up, turn the light back on, get out of bed and find something to do to pass the time.

I’m usually not stressed, or unhappy, or worried about anything. I’m simply… awake. Tired, to be sure; yawning occasionally, yes. But completely, frustratingly, wide awake. Nowadays, in fact, I often don’t bother going to bed at all.  What’s the point? I know beforehand that I’ll never get to sleep.

Insomnia has been my life for some fifty years, although I don’t remember it consuming my nights quite as much as it does now.  I pull more all-nighters now than I ever did as a teenager. 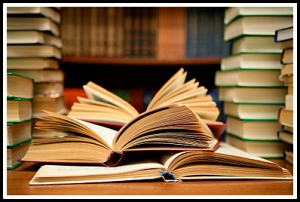 I often had trouble getting to sleep–and staying there–the night before an exam, say, or if I started worrying about one of the many preoccupations that filled my mind in those days: How could I get out of joining the basketball team the way the principal wanted me to, even though I hated team sports? I’d simply die if no one asked me to the sock hop. I probably hadn’t studied enough for tomorrow’s exam, so maybe I should get up and study some more.

But surely this is normal for those adolescent years. Usually I managed to get to sleep eventually, probably because adolescence is a time of increased sleep requirements and my young body simply couldn’t stand up to the demands of its hormones. 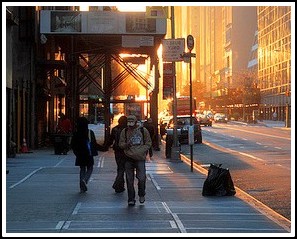 As a single young working woman, I was often dressed and ready to leave for work at 5:30 in the morning, especially if there was some urgent job that I had to tackle that day and I wanted to get it started. So even if I managed to get to sleep when I turned out the light, it caught me at the other end of the night.

My bosses, of course, were uniformly delighted to have a worker who turned up for work literally at the crack of dawn.  Sooner or later, I invariably became the keeper of the office keys. 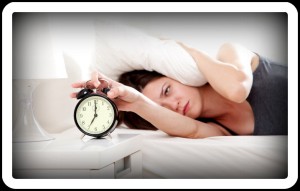 When I was first married, we had an old spring-loaded alarm clock. If you’re old enough to remember, it was one of those clocks that you used to have to wind up at night before bed.

I hated that clock with a passion because the alarm, a roaring claxon of sound, invariably hit my nervous system like a cattle prod in the morning and left me feeling as though I’d stuck my finger into a light socket.

So I learned to awaken in the twenty seconds before it actually rang because it would make a little whirring sound as it readied itself to sound its alarm. As soon as I heard that warning whir, I woke up out of a sound sleep and slapped my hand over the alarm to shut that hysterical buzzing before it could get started.

So whaddaya think?  I call that a light sleeper, don’t you? 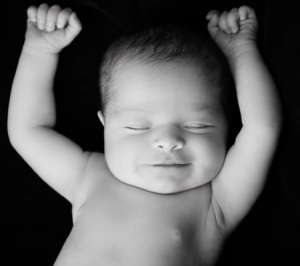 When my three children were little, just hearing them breathing differently was enough to send me into their rooms to check on them.

The only good thing about that was that my youngest son often laughed out loud in his sleep, so I soon learned to separate that happy sound from my nighttime vigilance.

Lack of sleep was the story of my working life for some forty-five years. Urgent deadlines…. stress….tension….worry…any and all of the above spelled sleepless nights for me. Even upcoming happy events kept me awake at night, for heaven’s sake.  But those days are behind me, and still I’m like the Energizer Bunny, beating that little drum endlessly on…and on…and…well, you get the picture.

I’ve come to feel violent envy toward anyone who can lie down and fall asleep instantly! I have a son who can do that.  Any time, any place, all he has to do is close his eyes and he’s gone, off into dreamland.  He has no idea how close he’s come in his early years of living at home to being the victim of justifiable homicide.

“Insomnia made me do it, your Honour.” 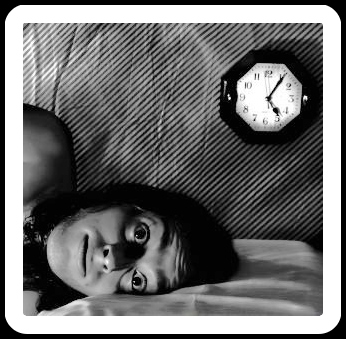 Or what about the hordes–yes, hordes–of people who apparently wake up in the morning and can simply turn over, take a relaxing breath, and enjoy a few extra minutes of bliss in some kind of in-between state that has me totally mystified.

I have two sleep modes:  Sound asleep. Wide awake.  There’s nothing in between. That lovely restful state where you lie beneath the warm covers and wait in complete relaxation to wake up fully? Hah, not so much. It must be nice….

And yet I’m contentedly retired, relaxed, and happy–albeit a bit sleepy–with no reason to be having trouble sleeping. So why am I sitting here in the dregs of the night, wondering when I’ll finally get sleepy enough to toss off a few zees. If insomnia really does take years off your life, I should be thanking my lucky stars that I’m still breathing (at least I was the last time I checked). 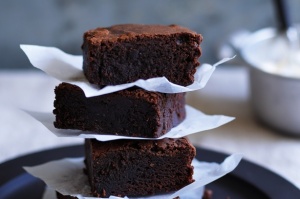 Oh.  Wait a minute!  Now that I think of it, there was that time I enjoyed the aftereffects of a number of “special brownies” before bed, and I most definitely slept that night like a stone. A stone, I say!

Truly, I don’t believe the end of the world could have shaken my slumber. I even woke up in a rare and wonderful state of relaxation that told me I could just close my eyes again and go back to sleep then and there.  Which I did.  It was glorious.

It occurs to me that I’m going about this entirely the wrong way. What if the solution lies in approaching what I’ve been calling “my sleep problem” from the point of view of the old adage, “When life hands you lemons, make lemonade”?

What if these nighttime hours are nothing more than a God-given opportunity to spend quiet time reading, or writing, or doing whatever I bloody well please with absolutely no interruptions of any kind, a sort of “magic window” of time that I’m actually lucky enough to have at this stage in my life, allowing me complete freedom from schedules and responsibilities?

That  puts an entirely different face on things, don’t you think? Now what we have is a kind of Golden Hour, only this one can be stretched to eight or ten times its regular dimensions.

And if that doesn’t work, well, there are those special brownies….

Just how lucky can a person be?